Slow in and slow out--

Todays principle is Slow in - slow out.

These names refer to the momentum of an object as is goes from one pose to another. Animators used these terms as a quick way to express to other animators what sort of movement an animation might need.

No object should really ever move at a linear rate unless it’s a machine. Even machines still need a fraction of a second to start moving but in general most creatures and objects need to get up to speed. They also need time to slow down to a stop, unless of course they hit a brick wall or some other very hard surface. Even then the tissue in the body would have to slow down to a stop rather than it suddenly stopping which would appear like the frame has frozen.

One good way of looking at slow in and slow out or ease in - ease out as it’s commonly known, is to look at some frames of a ball bouncing.

There is another term in animation called Spacing which is directly linked to slow in - slow out. Spacing refers to how much space an object has moved from the previous  frame.

So if we take our bouncing ball as an example we can see that the frame after the ball hits the ground has quite a large gap between it and the impact to the ground. This is because the ball is traveling fast due to the energy from the bounce. 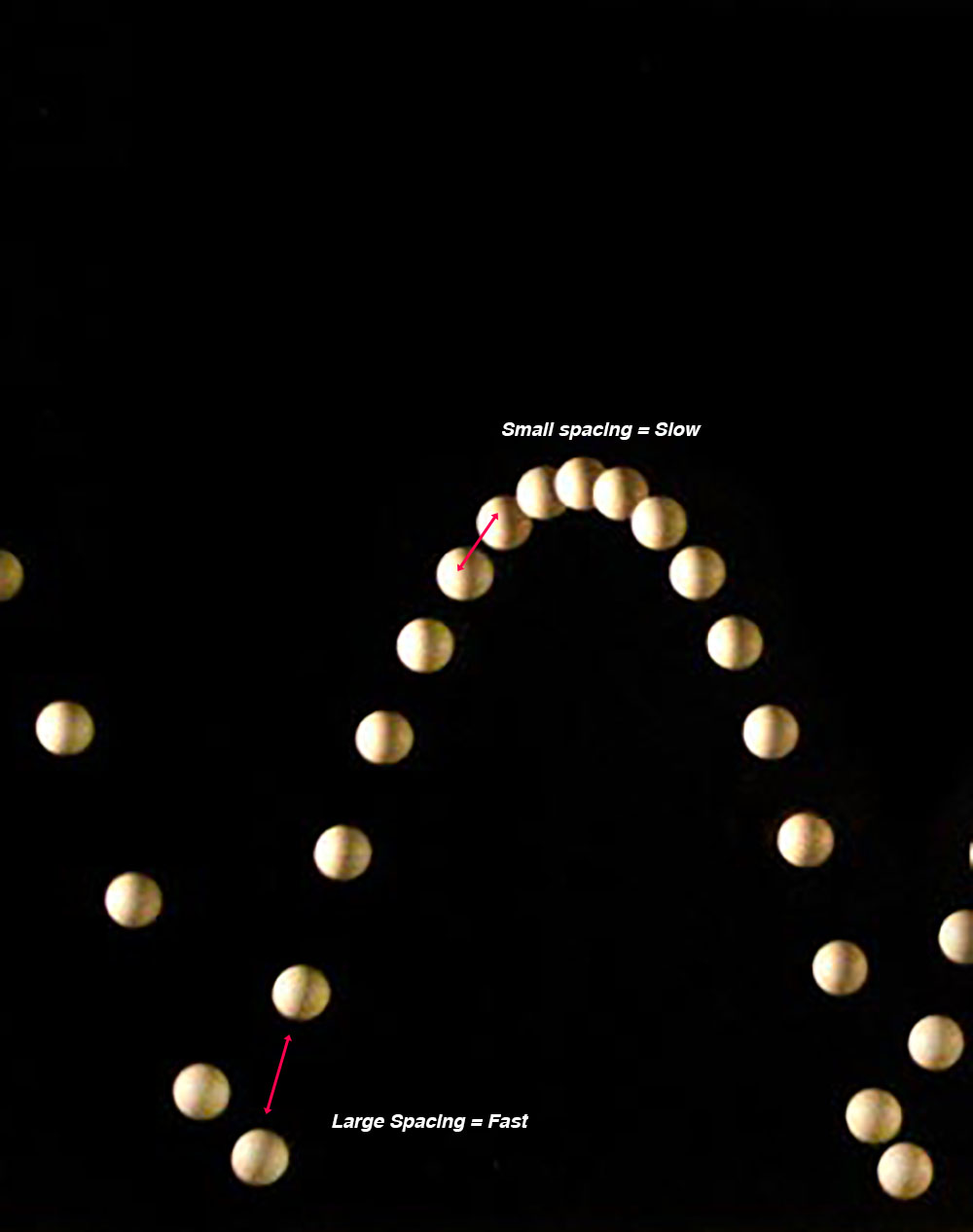 However as the ball reaches its maximum height, it starts to lose energy and the frames become closer together.

This is exactly what slow in and slow out are. The ball slows to reach its maximum height (slow in) and slowly begins to gather speed as it drops  (slow out).

You can also have fast in and out which as the name suggests is the opposite, or even fast out, slow in.

Keep in mind that slow in and out always refers to the objects spacing/speed from one pose to the next. So in the case of the ball, one key pose would be the point of impact on the ground. In this case it would be said that the ball is fast in and fast out. 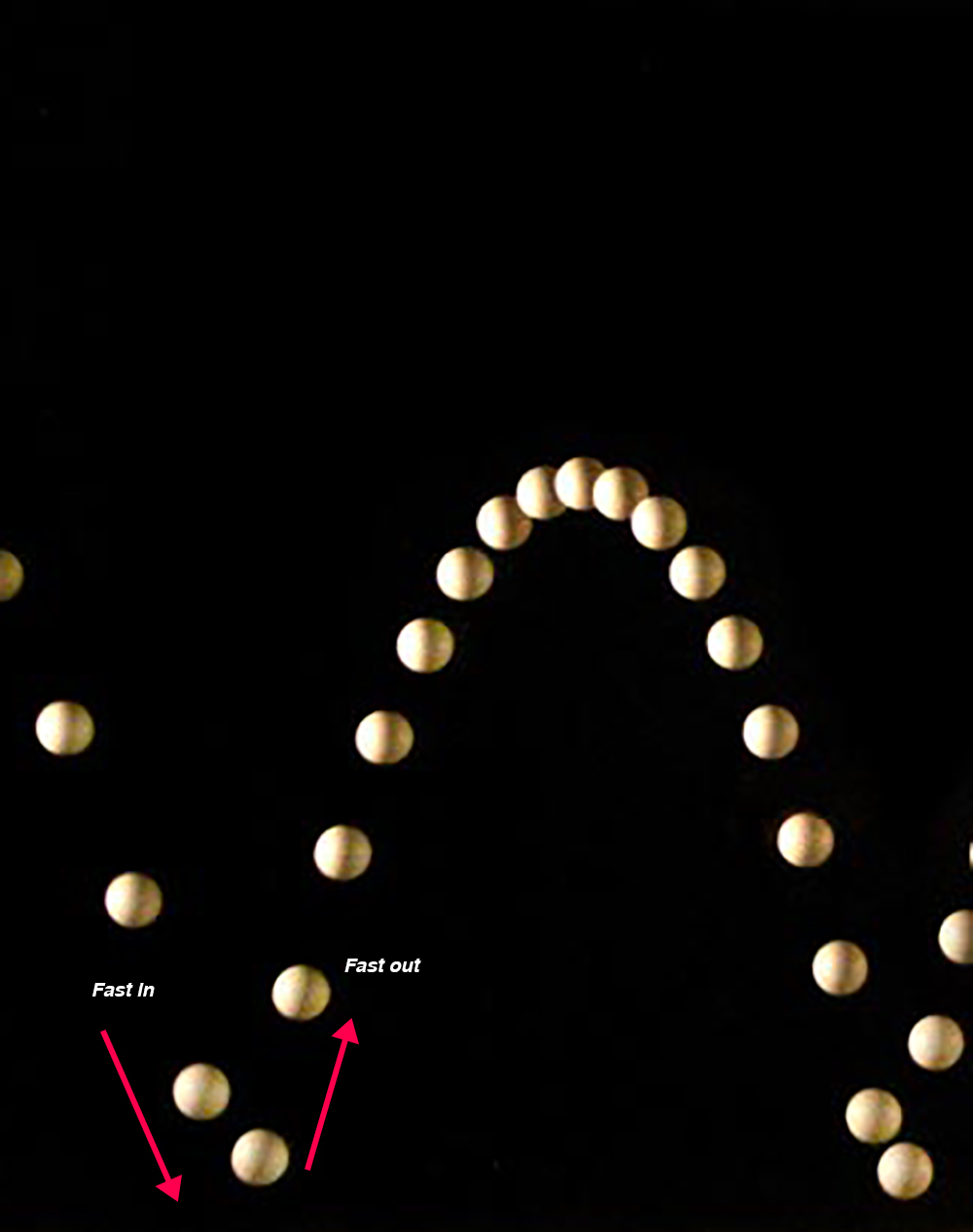 The next pose would be the point where the ball has reached its maximum height. This would be said to have a slow in and slow out as the ball loses energy and then starts to slowly gain energy as it falls. 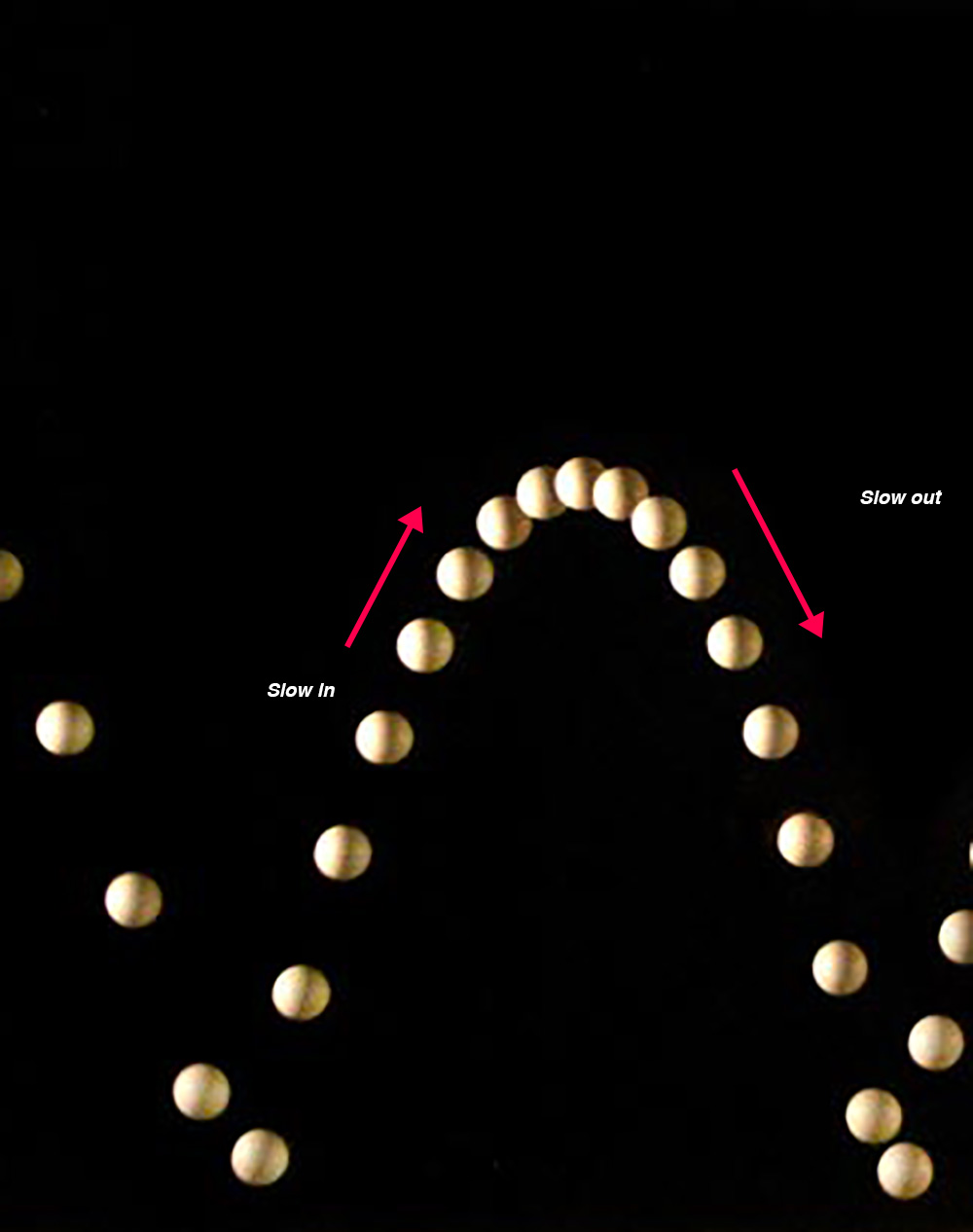 Hope that makes sense? Once you get your head around the way frames are captured it really is quite simple.

Again I love hearing peoples thoughts and questions, so if you have any please send me an email or comment below.

And if you need any help with animation or know anyone who may benefit, then please get in touch.